Alzheimer’s disease (AD) is a degenerative neurological disease with progressive death of brain cells, eventually leading to death.1,2 It is the most prevalent irreversible dementia, marked by deterioration of memory, judgement, and reasoning and worsening of mood, behaviour, communication, and function to perform daily activities.1 With longer life expectancy and an aging population, the burden of AD on the quality of life of patients and their family and caregivers is increasing. It is estimated in the next 20 years, the prevalence of AD will double.3 The Public Agency of Canada estimates the prevalence of AD and other dementias for those greater than 65 years of age at 2130 per 100,000 for community-living and 7595 per 100,000 for long-term care facilities populations.3 Currently, an estimated total of 400,000 seniors greater than 65 years of age living with dementia in Canada.4 Disparities in AD are well documented; the indigenous populations have a significantly higher prevalence of AD in younger age groups compared to other populations.5

AD has significant negative socioeconomic consequences.3 Approximately $15 billion CDN was spent on care for dementia patients in 2008, and the number is expected to grow by ten times in the next 20 years.6 Caregivers for AD patients are also more likely to develop comorbidities due to increased stress and utilize the healthcare services themselves, putting further strain on the system.7,8 With the increasing disease and economic burden especially in minority and lower socioeconomic populations, the Canadian government is creating national and provincial strategies to ensure patients have access to integrated care and support (i.e. Bill C-233).4,9

AD progresses on a continuum with two marked stages of mild cognitive impairment (MCI) due to AD and then AD dementia (Figure 1).10 Risk factors for AD onset and progression vary. Currently, only less than 5% of all AD cases are linked to genetic or familial inheritance.11 For genetic risk factors, APOE ℇ4 is the strongest predictor of AD and having APOE ℇ2 gene decreases risk.11 From a recent systematic review, non-genetic risk factors for AD include head injury in males, females, age, diabetes mellitus, smoking, lower social engagement, and use of conjugated equine estrogen with medroxyprotesteosterone acetate (progestine).11,12 Factors associated with decreased risk include use of statins, light-to-moderate alcohol consumption (versus no consumption), adoption of a Mediterranean diet, higher educational attainment, engaging in physical activities and cognitive stimulation.11

Given a cure is not available, early detection, intervention, and prevention of degeneration for AD are crucial management strategies.1,4 Many of the interventions to delay cognitive impairment are nonpharmacological and rely on the patient’s engagement and early adoption.1,4,9 With early diagnosis, AD patients can engage in physical and cognitive exercise to slow the progress of cognitive decline.11,13 AD patients are also more likely to have cardiovascular comorbidities, with over 50% of patients having comorbid strokes and vascular diseases such as hypoperfusion and emboli, atherosclerosis, and amyloid deposits.1,14 15 Vascular cognitive impairment is also a significant contributor to cognitive decline after diagnosis of AD.14 Interventions to prevent cardiovascular comorbidities are similar to interventions to delay cognitive decline and include physical activity, good diet, blood pressure control, and engaging in social activities.1

The diagnosis of AD is often difficult due to variability of diagnostic instruments, lack of clinical standards and variability in the disease’s clinical manifestation. Historically, the diagnosis of AD could only be confirmed postmortem, and diagnosis relied on the patients exhibiting dementia syndrome.16 With improved biomarker technology, genetic and biomarker testing is currently available. The National Institute on Aging and Alzheimer’s Association (NIA-AA) guidelines recommend that clinical trials use the testing of biomarkers for amyloid-beta deposition, pathologic tau, and neurodegeneration rather than clinical manifestations of AD alone.14,16 However, for early detection, the presence of brain amyloid and/or pathological tau is often uncertain and unreliable especially if imaging (computed tomography [CT] or magnetic resonance imaging [MRI]) is conducted outside of research settings.14,17 In 2019, The 5th Canadian Consensus Conference on the Diagnosis and Treatment of Dementia (CCCDTD) reached a consensus that the NIA-AA testing framework of using biomarkers is premature especially for the MCI phase of AD and in asymptomatic patients for routine clinical care.14 During the MCI phase of the AD continuum, the diagnosis of AD still relies on clinical subjective evaluation of cognitive functioning along with detailed patient evaluation.16 During the MCI phase, cognitive test scores for AD patients are often 1 – 1.5 standard deviations below the norm, controlling for age and education.16 For routine care, there is a lack of consensus or framework on the diagnosis of AD.14,16

A multitude of cognitive functioning testing instruments exists with varied sensitivity and specificity.16,18 One of the difficulties with using cognitive function testing is differentiating between AD versus other causes of dementia or cognitive decline, especially during the early stage of the disease.16 Assessment scales are domain-specific and include “cognition, function, behaviour, quality of life, depression in dementia, career burden, and overall dementia severity”.18 The Mini-Mental Statement Examination (MMSE) is the most well know; it is a brief global cognitive screen used in the primary care setting with a cut-off score of 23/24 for the mild decline.16 The Alzheimer’s Disease Assessment Scale Cognitive Subscale (ADAS-COG), Free and Cured Selective Reminding Test-Immediate Recall (FCSRT-IR), and Clinical Dementia Rating Scale (CDR) are often used in clinical trials or neuropsychological clinical settings.16 The ADAS-COG requires a trained interview and takes 40 minutes to administer, compared to 10 minutes for the MMSE.18 The intensity of the testing for ADAS-COG is not suitable for clinical practice. Like the MMSE, the CDR global score is a short assessment test that measures overall AD severity.18 Both tests are valuable for AD progression tracking in clinical care.18 The FCSRT-IR tests the memory domain and has high specificity in a clinical setting.19 The Montreal Cognitive Assessment (MoCA) is a 30-question test that measures executive functions and various cognitive domains not captured by the MMSA.20 It is used in over 200 countries.20 The Alzheimer’s Disease Cooperative Study – Preclinical Alzheimer Cognitive Composite (ADCS-PACC) is a composite measure consisting of the Total Free and Cued Recall score from the FCSRT, Logical Memory from the Wechsler Memory Scale, Digit Symbol-Coding from the Wechsler Intelligence Scale, and the total MMSE score.21 This tool has demonstrated sensitivity for detecting preclinical AD decline and has been used in early AD clinical trials.21 In a clinical setting, the utilization of each assessment scale depends on the goal and clinical judgement of the health provider.

None of the assessment instruments are considered the gold standard in the diagnosis of early AD. One overarching problem of these tools is sensitivity. The ADAS-COG was developed in the 1980s to assess the “level of cognitive dysfunction in Alzheimer’s disease” and many times fail to detect cognitive changes during early-stage AD.22 The MMSE and CDR both have acceptable sensitivity of 0.79 and a specificity of 0.95. but can struggle to detect mild dementia.18,22,23 For FCSRT-IR, evidence suggest that clear cutoff scores for diagnosing mild AD can vary depending on the population.19 Compounding this problem is the issue of version control. Each of these instruments can be modified depending on clinical needs leading to increased heterogeneity in screening tools. In a systematic review, investigators found over 30 modifications of the ADAS-COG scoring methodology.22 In clinical practice, the use of each of these assessment scales varies, and a combination of assessment scales can be used.

Given the heterogeneity of diagnostic instruments and the lack of gold standard, this study aims to examine the utilization pattern and variation of these instruments in the diagnosis of AD using real-world data from the Queen’s University Family Medicine Research Data Environment (RDEN). A previous validation study has shown that AD diagnosis can be derived from health administrative data from primary care physician electronic health records (EHR).24 Using the EHR data in the Queen’s RDEN, this retrospective observational study explores the study aim on a populational level. Given that cut-off scores can vary, the study also aims to assess the variation in cut-off scores for the diagnosis of early AD in clinical practice. Lastly, we aim to identify patterns in functional status measurements. Survey data from Europe have shown that as many as 20 assessment scales can be used over 36 memory clinics in 13 countries.25 Early engagement with stakeholders also tends to show the inconsistent definition of early AD and diagnostic methods. To ensure the accurate diagnosis of early AD to decrease progression and improve functioning, there is a need for more consensus on the use of assessment tools in Canada and across the world. To our knowledge, this is the first study to explore this variability using real-world data in Canada. 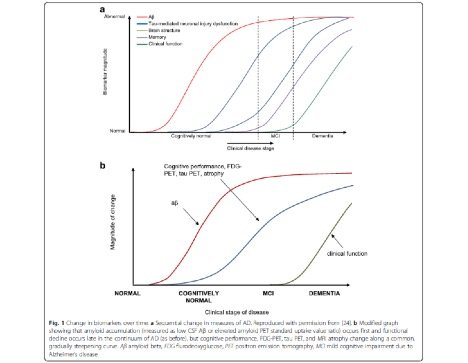